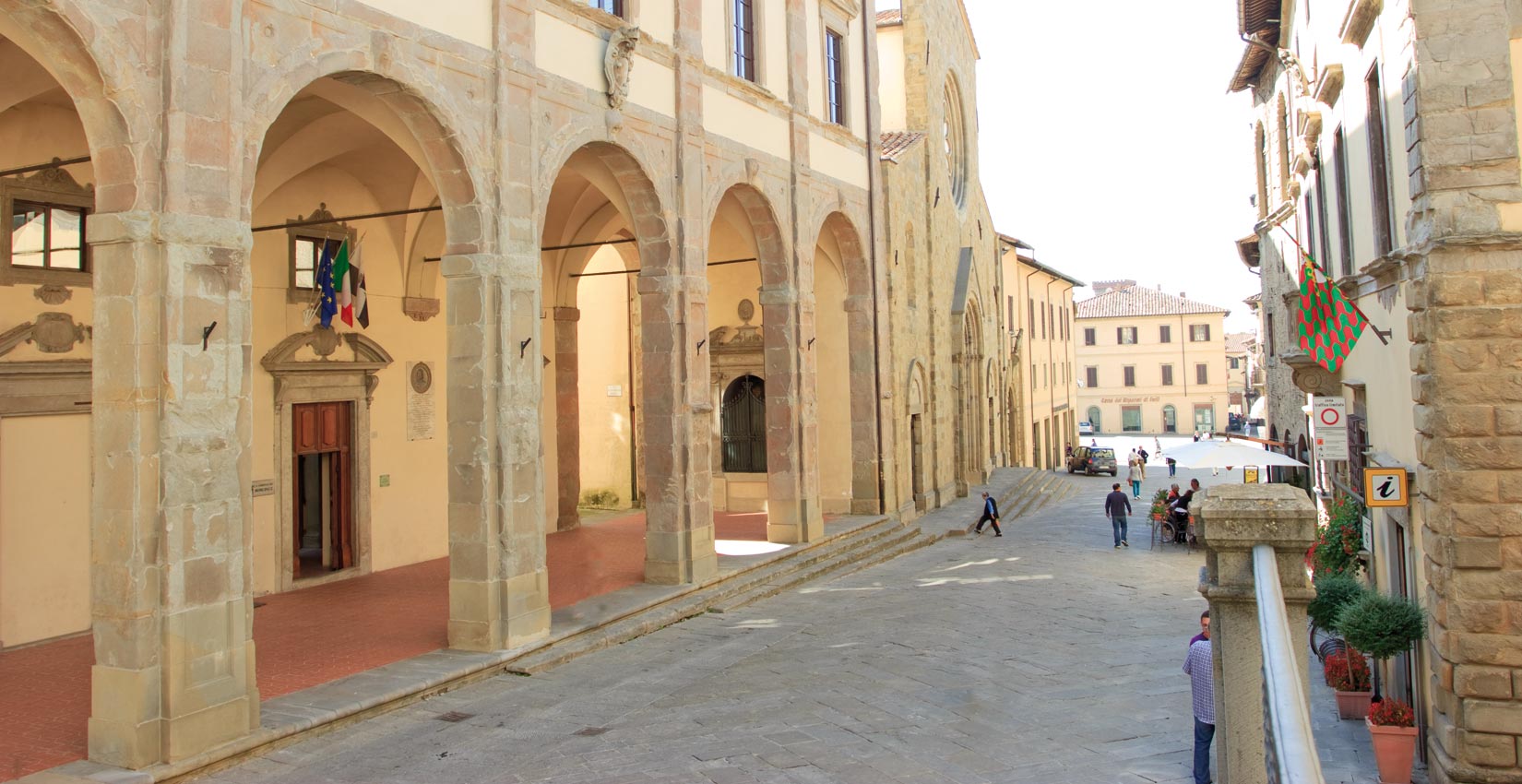 Every year on the second Sunday in September Sansepolcro’s arches compete with those of Gubbio, re-enacting the famous Palio della Balestra.

Sansepolcro’s arches wear the colours of Piero della Francesca (the costumes worn are inspired by Piero della Francesca’s paintings) and while the trumpets are played the drums are beating and the flags flying the celebration the dates back to 1400’s,  in Piazza Torre Berta is in action remembering the past.

In September colours, music, flavours and traditions all meet in Sansepolcro.

Cultures, artists and folk-art bring life to the national holidays in the streets and town squares with a Renaissance spirit. For the first two weeks in September, until the second Sunday of September, in the centre of the city, there are concerts, re-enactments and flag throwing.

The Mezza Quaresima fayre is historical for Sansepolcro and takes place along the town square’s streets.

It begins in the fourth week of lent from the Thursday to the Sunday. The numerous stalls make the fayre unmissable and it is possible to buy typical products from the area.

Settembre
Every two years in September Sansepolcro becomes La Citta’ del Merletto (the town of lace) where the shops windows are dressed from all over Italy.

It is a festival for the new and original works by professional and indipendent companies of theater, dance, music and performing arts. It takes place since 2003 in Sansepolcro.