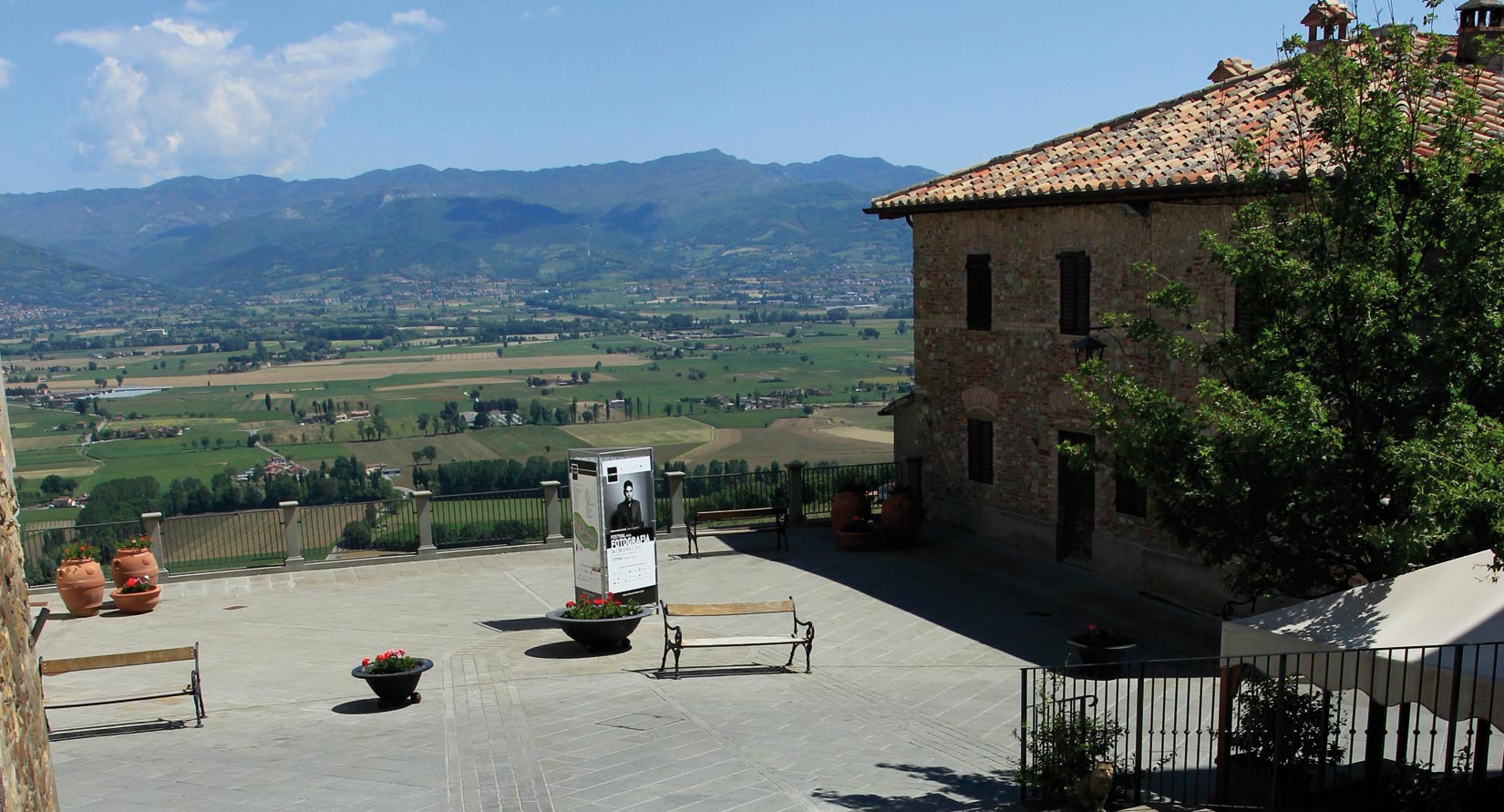 PISTRINO
The town of Pistrino, which lies in a valley east of Citerna, is an important agricultural and crafts centre. The small Church of St. Mary is a must-see and contains a large series of 15th-century frescos that are a significant part of Umbrian art.

FIGHILLE
The small village of Fighille lying north of Citerna is renowned for the quality of its clay and the production of ceramics. A road from the village leads to the ruins of the Church of St. Mary of Petriolo that was built in the early 1200s. The original church deteriorated over the centuries and in its place now stands the Sanctuary of St. Mary of Petriolo that was consecrated in 1913.

MONTERCHI
The small village of Monterchi in the province of Arezzo is the first Tuscan town you encounter when passing through the Upper Tiber Valley. It is located just beyond the Umbrian border and is home to the famous “Madonna in Labour” fresco painted by Piero della Francesca between 1455 and 1465. Monterchi sits on a hilltop, originally called Mons Herculis, overlooking the high plains of the Tiber Valley and surrounded by a wonderful landscape full of ancient medieval churches and convents (one is just behind the fortified walls). Although it has been damaged by earthquakes, the historic centre has maintained its medieval appearance and offers streets filled with charming shops and restaurants.

LA VERNA
The Franciscan Sanctuary of Mount Alvernia, located just a few kilometres from Chiusi della Verna in the province of Arezzo, is renowned worldwide as the place where St. Francis received the stigmata. It was built on the southern side of Mount Penna at an altitude of 1,128 metres. The sanctuary, which is rich in spirituality and history, is a pilgrimage destination for many people throughout the year. Mount Penna reaches an altitude of 1,283 metres and is covered by a vast beech and fir forest. It is visible throughout the Casentino and Upper Tiber Valleys thanks to the unmistakable shape of its three-pointed peak.